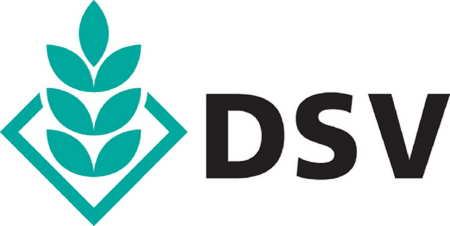 DSV is a breeding company which has been operating in the UK for more than 40 years. The company breeds and sells many different agricultural crops including oilseed rape, winter wheat, barley, grasses, maize, cover crops and lupins. DSV UK is based at Wardington near Banbury where its marketing and breeding teams are situated. The company also hosts winter wheat National List trials at this site.

DSV UK is a subsidiary of a German company known as DSV Saatveredelung which is an international plant breeding company. For nearly 100 years the company has focused on breeding, production and sales of agricultural and amenity crops.

1,500 farms produce premium-quality, single-variety seed for DSV. The company as a whole sells 51,000 tonnes of seed a year. To do this the company relies on a 600-strong national and international workforce.

DSV has subsidiaries in Denmark, France, the Netherlands, Poland, Argentina and the Ukraine and maintains a global presence through our shareholdings, marketing organisations and partners around the world.

DSV UK has been breeding oilseed rape varieties for over 50 years. Our breeders use two different hybridisation systems MSL and Ogura to bring different characteristics and traits into our diverse range of oilseed rape varieties. Over the years we have developed the breeding to include traits such as TuYV resistance, HOLL, Clearfield, clubroot resistance, improved vigour, high oil content and resistance to pod shatter.

DSV UK have two newly listed hybrid oilseed rapes this year which have joined the Recommended List. Darling and Dazzler combine which high gross outputs with TuYV (Turnip Yellow Virus), RLM7+ phoma stem canker and pod shatter resistances to deliver simple maintenance and low growing costs. They are designed to deliver sustained early vigour in the field to grow through pest and disease attacked whilst exhibiting a range of features that support them from canopy development through to harvest.

DSV will also be introducing a new BYDV tolerant variety to the UK market this year.

Sensation is a very early maturing winter barley variety with good straw stability that is proving to be a very high performer in trials across Europe.

In addition to BYDV tolerance Sensation has very good overall disease resistance scores and could be a very popular option for UK growers increasingly worried about the threat of BYDV.

DSV UK also boasts to the breeder of the UK’s cleanest wheat variety, Theodore. A group four variety, Theodore joined the 2020/21 RL last year with an 8.2 score for Septoria resistance, a 9 for yellow rust and a 7 for brown rust combined with a height of 82cm that gives it good resistance to lodging.

DSV UK’s  breeding station is located in North Oxfordshire where Septoria pressure is high and disease resistance has always been a high priority for the breeding programme.

But it is only recently, with the removal of chemistry and changes in pathogen virulence, that resistance is being taken even more seriously.